This post-covid edition of Vivatech International 2022 marks a turning point for several reasons. It is the long-awaited return of face-to-face meetings without the restrictive health measures of 2021. It is a year in which the tech ecosystem is committed to more responsible, inclusive and diverse innovation. A cold look back on this 7th edition

The challenges of Vivatech 2022

The 2022 edition has taken a stand. In order to ensure that we act for more inclusion and diversity in Tech, the event is partnering with Diversidays, which is presenting the first part of a major study on inclusion and diversity in the startup world, in partnership with PwC and Occurrence. It is therefore a bigger and more responsible edition. Co-organised by Publicis Groupe and Les Echos for the past seven years, it is reviving the innovation sector after two complicated years.

At the same time, the event is boosting its experience, both in person and remotely, notably through a free digital platform, which complements the live conferences, as well as the discovery of virtual showrooms, 3D innovations and metavers.

This year, Vivatech is thinking big, in order to put diversity, inclusion and sustainability at the heart of the exchanges. For this reason, the event is aiming for ISO 20121 (responsible event) certification by 2023, allowing it to aspire to sustainable event status. Urbanomy, EDF's carbon and energy planning consultancy startup, has consolidated VivaTech's carbon footprint for 2021 and 2022 into a strategic roadmap to reduce the event's environmental impact throughout its lifecycle.

The event has also partnered to plant 12,000 trees on a 9-hectare area to offset its carbon emissions.

That said, despite the great success of the event and the contagious optimism that emerged, it would be wrong to claim that it was a green show, even if that colour and the word "green" were everywhere, as TechCrash copiously described in the special edition of its newsletter.

Welcome to the meta-green. [...] Unsurprisingly, greentech and metavers were the big winners of this 2022 edition. Whether it's with the "French Tech goes Green", the green receipt, the Google logo nicely repainted in green for the occasion or the connected mirror (which informs in real time about CO2 emissions)... EVERYTHING was adorned with "green", from the carpet to the fake plants scattered between two stands of disposable goodies. VivaTech 2022 was also an opportunity to ask the real questions - "Can data save the planet? - or to chant the unexpected slogans "Greentech is the South!" between two Tech for Good conferences organised by BNP.

It is true that the tech sector still has a long way to go to avoid this type of comment (without which we could not improve, wink to TechCrash). Metavers, NFTs, Web3 and space travel, as well as a number of questionable innovations were omnipresent. No, indeed, Vivatech is not a green fair, nor is that its primary ambition. On the other hand, the tech community has become aware of its environmental responsibility and has made commitments to change this, which is important to underline.

There is perhaps also a nuance to the pro-diversity and inclusion rhetoric, as although progress is being made year on year, it is slow to evolve for a number of reasons. However, it is one of the two areas highlighted by French Tech, along with GreenTech this year. Gender diversity requires changes in the governance model of companies (more open and democratic governance in particular), in the culture of the sector, but also in the educational model from childhood onwards and the need to highlight female success stories in scientific and technical fields. Here are some examples of what has been done:

We are still looking for a new performance model and we will have to invent it, but we can see that the numerous delegations of large companies are increasingly interested in it, as shown by the themes addressed during the conferences in particular.

Another proof of this interest is the attendance at the fruggr stand and the media spotlight on its raison d'être and its value proposition, which for us symbolises the increased awareness and interest of large companies in CSR, carbon footprint reduction and responsible digital technology. fruggr received no less than three awards during the Vivatech trade show: Challenge Vivatech-Orange, La Poste-French IoT prize and KPMG-la Fevad top 5 ecommerce startups. Each of these awards highlights one of the dimensions of its business model and the impact that the platform can have for companies that want to improve their impact.

Some tweets that did not go unnoticed

A message of hope and optimism from President Emmanuel Macron

The President of the Republic, Emmanuel Macron, spoke once again this year at an event that he loves and has actively supported since its inception. In particular, he delivered a message of encouragement to the FrenchTech community, in a complicated context.

When Vivatech was launched in 2016, it was a gamble and there were people who said that it was doubtful, that the French were playing the rooster by saying that they had a place to take in technology, but this event has imposed itself. Bravo because we have come a long way on a national scale. [...] This late spring of 2022, with a French ecosystem that is natively European, we have multiplied by 5 the number of funds raised. I had set a target of 25 unicorns in 2025, and we are at 27.

Diversity and inclusion was the watchword this year.

Digital Africa, representing the cultural diversity of the French-speaking world

African startups were once again in the spotlight and three of them received the AfricaTech Awards in the #Fintech, #Healthtech and #ClimateTech categories. Several conferences and exchange moments allowed to present the challenges of tech on the African continent but also to create synergies, in particular via Digital Africa, a network that aims to bring out "Made in Africa" solutions for the real economy.

An edition rich in committed innovations

We dug deep to find a few digital innovations for the environment, inclusion and education that caught our eye this year.

How can tech help protect and restore the planet, reimagine urban life, limit our carbon emissions and offer sustainable alternatives to major sources of pollution?

BeFC addresses the pollution caused by miniature batteries by offering a version that produces energy from enzymes.

World first: Air Liquide inaugurates Cryocap™, a technology for capturing CO₂ by cold. Air Liquide inaugurated today in France Cryocap™, a unique industrial installation allowing the capture of CO2, emitted during the production of hydrogen, by cryogenic process.Cryocap is the technology developed by Air Liquid, which captures the CO2 produced by industrial sites and transforms them into hydrogen. CO2 capture in hydrogen production units

Kumulus-1 is a machine capable of producing drinking water from airborne moisture. Relatively compact and easy to install and use, it can produce 20-30 litres of drinking water per day. 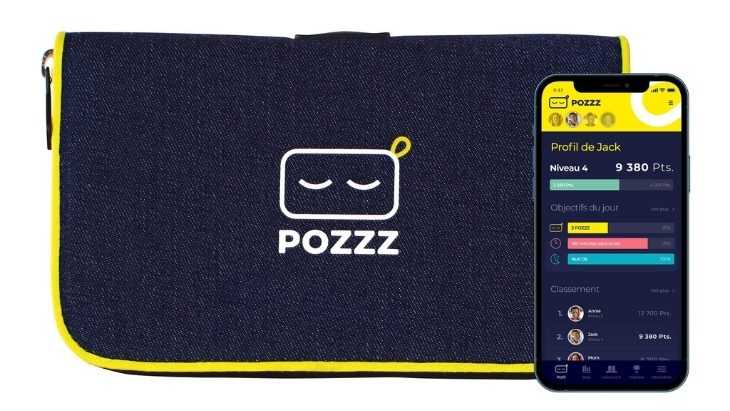 POZZZ is a game that offers personal and group challenges to encourage and reward time without a smartphone. It helps teenagers, parents, couples and employees, at school, at work, to find their life balance.

A brief history of Vivatechnology

Let's take a quick look back at the steps this event has taken to become what it is today.